What is God Calling You to do During the Coronavirus Pandemic? 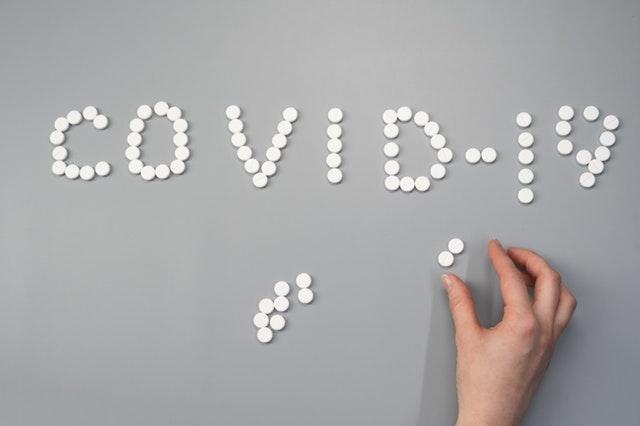 The coronavirus pandemic is causing the world to realize just how fragile life can be.  More than ever, people need to hear that God is good and offers us salvation through Jesus.  As Christians, we have a unique opportunity to glorify God as we serve our neighbors.

Through the ages, amazing things have occurred during difficult times. The story of C.S. Lewis writing the classic book Mere Christianity is one of those.

In the book, C. S. Lewis at War - The Dramatic Story Behind Mere Christianity, C. S. Lewis and Paul McCusker describe how the book was created through a series of radio broadcasts that happened due to the adversity that Britain faced during World War II.

The authors describe how this occurred:  "Day-to-day living was immensely difficult. Children were evacuated from London and sent to other parts of the country. (Lewis himself took in a few). It was a time of strain, heartbreak, and weariness. A visionary in the BBC’s religious department―James Welch―passionately believed Christianity should be meaningful and relevant to the British people in this hour of need.

Looking for new and diverse ways to present programs that explored Christian ideas, he contacted the Oxford tutor, lecturer, and writer C. S. Lewis. Reluctant at first, Lewis finally agreed to make a case for a “moral law,” drawn from common human experience that he believed was essential as a foundation for faith in Christ.  Lewis presented his thoughts in a series of Broadcast Talks that were later gathered together and published as Mere Christianity."

Because of this devastating war, Mere Christianity was written, and over 3.5 million people have benefited from this book.  This small book, written during a very difficult time, has changed many people’s lives.

Dan DeWitt writes, that Mere Christianity is "the book that crushed a political hatchet man, led a world-renowned scientist to faith, and robbed a prideful entrepreneur of billions of dollars. The politician was Chuck Colson of the famed Watergate scandal; the scientist was Francis Collins, nominated by President Obama as director of the National Institutes of Health; and the businessman was Thomas Monaghan founder of Domino’s Pizza."

Charles Colson, President Nixon's right-hand man who went to jail over Watergate, became a Christian from reading a passage about pride in Mere Christianity.  Colson self-described himself as a "hatchet man" and kept an “enemy list” of politicians, journalists, and activists who he perceived as threats to the White House. He boasted that he would "walk over my own grandmother" to ensure the reelection of President Nixon. After his conversion to Christ, he went on to establish a worldwide prison fellowship ministry.

A PBS article describes how Francis Collins “led the effort to decode human DNA, along the way developing a revolutionary method of screening genes for disease. Yet according to this widely respected scientist, the newfound power to "read our own instruction book" was no obstacle to faith in the existence of God. He converted from atheism to Christianity in his twenties after seeing how radically his patients' faith transformed their experience of suffering, and after reading several works by C.S. Lewis including Mere Christianity.  Some 30 years later, he stands by his convictions, positioning science not as a substitute for theology, but as a subset of it.”

Thomas Monahan, also convicted about pride from reading Mere Christianity, divested himself of many possessions including the Detroit Tigers, a lavish office and a large mansion that was being built.  He instead pledged to give away over $451 million.

These are amazing stories that resulted from C.S. Lewis being faithful to his calling and writing Mere Christianity.

How about you?  What is God calling you to do at work and home during this difficult time for so many people around the world?  Perhaps it is praying for your neighbors and checking in to see if they have what they need at home.  Or maybe it is setting up a small group online to have a virtual Bible study.  Or perhaps it is modeling for your children how God takes away our fears as we trust in Him.

C.S. Lewis' story is just one example of the great influence that can come from living a Christian life amid difficulties like the coronavirus.  You can model and explain to others the reasons to trust in God as the world panics. Like C.S. Lewis, you never know how small actions of service can have a ripple effect on others.  This may be one of those moments in your life where God is calling you for “such a time as this.”  As you focus on helping to meet others’ needs, you will find joy and God will be saying to you “well done good and faithful servant.”

Stay safe, wash your hands often and don't forget that we have a great God who can use whatever circumstances that we are in for His glory.

For those of you who have more time at home because of the coronavirus, we encourage you to reflect on your current work.  If you determine that you should make a career change or you have been laid off, we invite you to use the following resources:

© Article copyright by Kevin Brennfleck and Kay Marie Brennfleck, ChristianCareerCenter.com, PastorJobs.Net, ChurchJobsOnline.com, ChristianJobFair.com, CareerFitTest.com and LiveYourCalling.com. All rights reserved. The above information is intended for personal use only. No commercial use of this information is authorized without written permission.